The auction sale at Penniment House Farm on behalf of the Bates family attracted a large crowd with a range of Massey Ferguson equipment together with potato items for sale.

In addition, the Wildgoose family of Glapwell included their range of equipment, John Deere tractor and Manitou telehandler and there was a superb combined sale with purchasers attending from a very wide area including Northern Island, Southern Island, Scotland and Devon, Norfolk and all surrounding Counties.

In the early lots there were a large array of collectables together with early Ferguson and Massey Ferguson items with prices as follows;

In the field there was spirited bidding for the larger items with the Swift Lift Large Belt Elevator at £7,050. The Maschio Rotorspike at £1,210 and the Marshall MB10 Tandem Axle Mono-Bodied Grain Trailer £3,100. 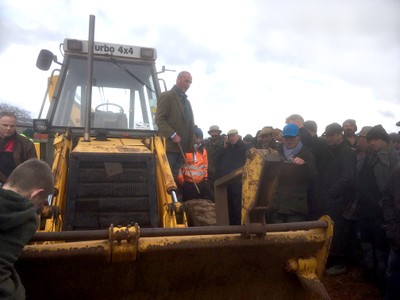 Within the Wildgoose items the stars of the show included the John Deere 6610 4WD (40KPH-TLS-W Plate) and the Manitou MLT 629 Telehandler (63’ Plate).

After interest from both farmers, the trade and collectors the superb John Deere achieved £30,000 with the sixteen John Deere weights sold straight after at £545. 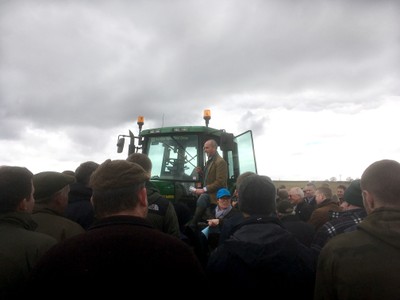 The Manitou Telehandler went to Yorkshire at £29,200 with the Converted 8 Tine Grab from the machine at £685.

For the arable machinery the Krone 4 Furrow Reversible Plough sold at £1,520 with the Amazon 3 Metre Power Harrow at £2,520.

There was an array of non-vat items sold as collectables and small sundries on behalf of the Wildgoose family with the anvil at £290, Turfer Winch at £100, Nestle Churns at £95 each and a Single Phase Drill c/w Wooden Stand at £130. 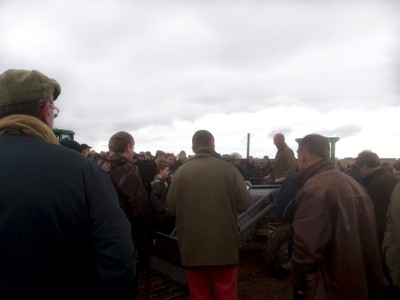