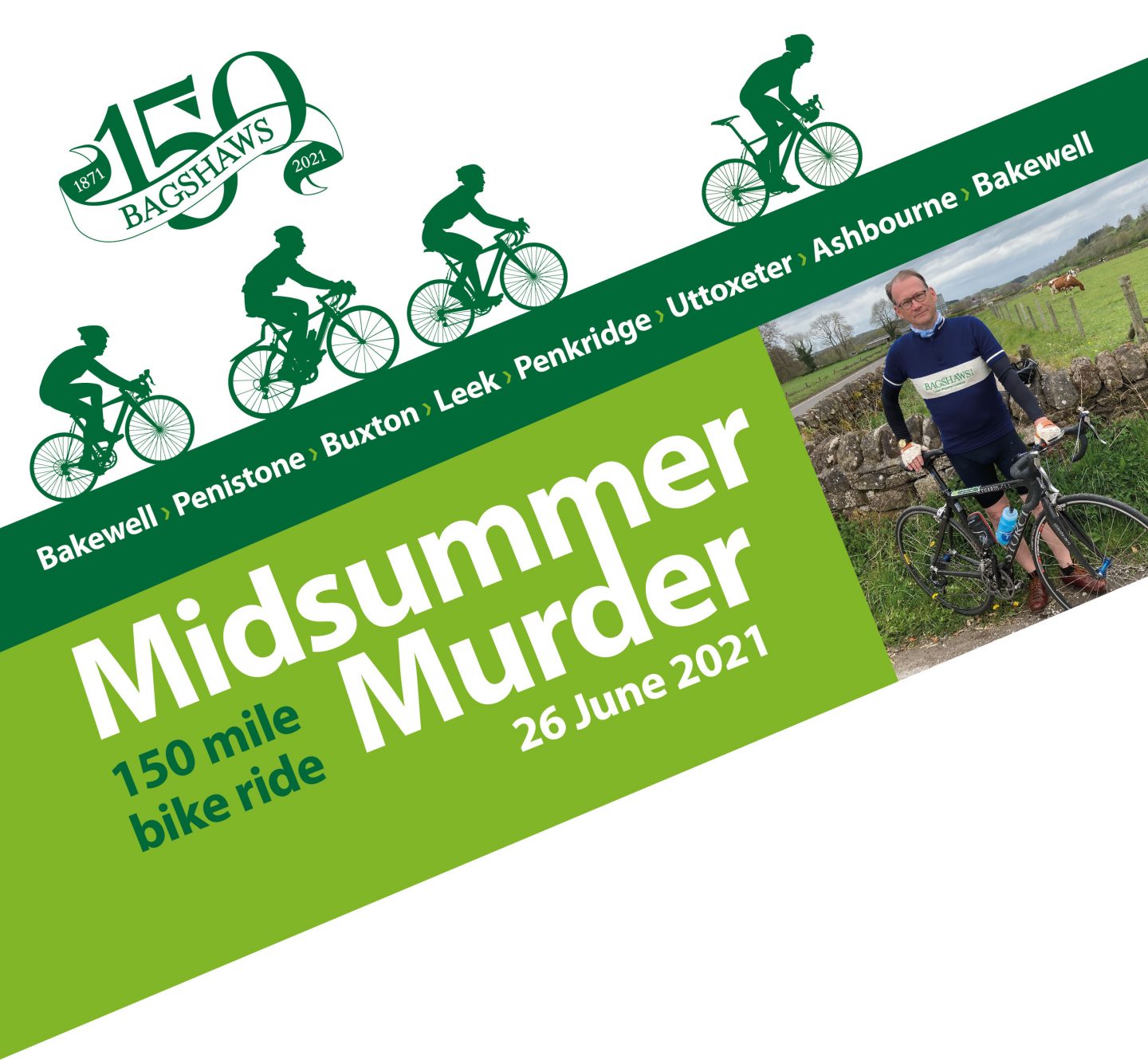 The Bagshaws 150 mile bike ride in aid of RABI (Royal Agricultural Benevolent Institute) and FCN (Farm Community Network). Bagshaws is a century and a half old this year and by strange coincidence a route taking in all the current offices amounts to approximately 150 miles.

Alastair Sneddon and a few companions are going to attempt to cycle around that circuit hopefully attracting sponsorship in aid of RABI and FCN. In order to have the maximum hours of daylight – (and they will all be needed) it is intended to do this as close to midsummer’s day as possible and so it will happen on Saturday, 26th of June 2021.

Farming, by necessity, can be a lonely and often solitary occupation and there is a very real need for farmers to come together to combat the corrosive effects of being too long in their own company.

Please click on the links below – these will take you to the individual charity pages on JustGiving.

In normal times, the safety valve which reduces such problems is provided by the many opportunities to come together on market day, at sales or even funerals.

We have, however, been living through anything but normal times and any of the gatherings mentioned above have either been restricted or not been allowed to happen.

The result, mental and physical health has suffered and although things are coming back to normal, in many cases the damage has already been done.

Auction markets have continued to operate, but on a `Drop and Go` basis, which has, for the best of reasons, allowed stock to be traded, but could not address the health issues of those effectively `trapped` on farm.

Farming charities, who assist those in need, have reported increased calls for their services at a time when many of their fund raising activities have been unable to take place.

The Pandemic has struck us in what is the 150th year since Bagshaws was established in 1871 and circumstances have made it more difficult than normal to mark the anniversary.

However, in order to draw attention to these issues and to raise funds for two of the Farming Charities, namely, RABI and FCN I have decided to attempt a 150 mile bike ride circumnavigating the Bagshaws offices from Penistone to Penkridge and all stations in between.

It is interesting to note that in 1871 the `Safety Bicycle` with a chain and two equal sized wheels had not been developed and that the Penny Farthing was the only option, thankfully we will have the benefit of more modern machines, albeit without electrical assistance.

This will take place on Saturday 26th June accompanied by 3 fellow riders. My companions for the ride are my brother James and his friend John Rees with whom I have undertaken many continental bike trips, alas not possible last year. The fourth man is Mark Ramsden a long-time friend from Derbyshire.

The challenge is substantial and is undertaken in true British amateur fashion ie it would be considered cheating to do much training. We intend to have a tracker system in place which will allow interested parties to follow progress and perhaps turn out to spur us on at various points along the way. We would welcome sponsorship and donations to make our efforts worthwhile and you can do this by clicking on the link below.

Thank you for your support.

Please click on the links below – these will take you to the individual charity pages on JustGiving.