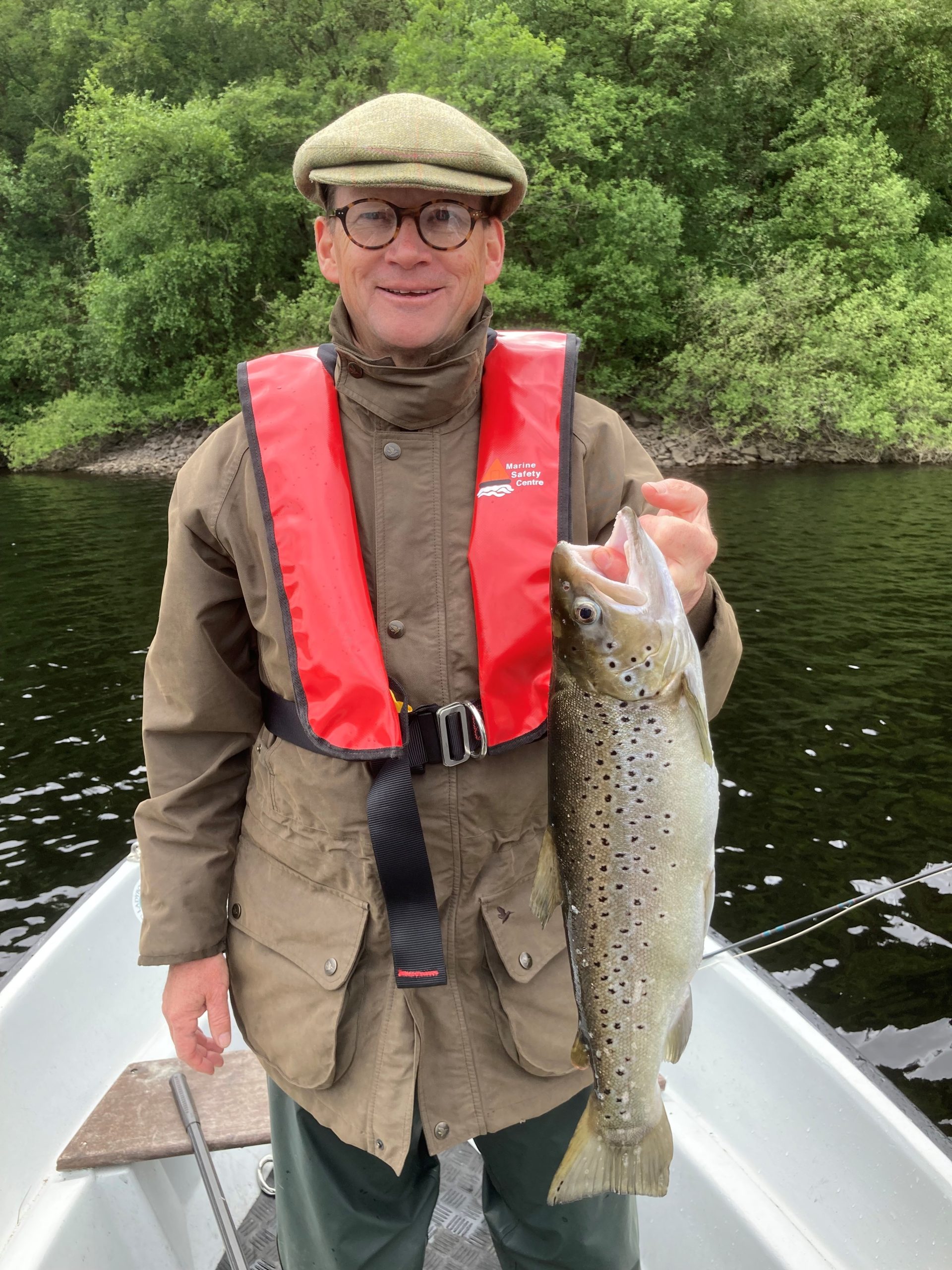 The annual Bagshaws Pairs fishing competition was again hosted by our friends at Ladybower Reservoir on Wednesday this week.

This event is held in support of both the Farm Community Network (FCN) and the MS Society. Aside from the entrance fee, Bagshaws were to put £10 for every trout landed into the charity pot.

The weather looked promising (with no sun cream necessary this year) as a fresh westerly breeze, accompanied by overcast conditions greeted the cautiously optimistic anglers.

After renewal of acquaintances, breakfast and ‘essential’ fly patterns purchased; each of the pairs tackled up with all manner of fur, feather and tinsel creations attached to the end of the line. Once briefed as to the best areas and tactics, a roar of outboard engines (directed with varying degrees of competence) signaled the start of three hours of concerted angling activity.

Returning for lunch, and notes compared, it was the story of “the haves” and “have nots”: two boats having landed trout aplenty and full of the tales of the ones that got away; the remaining anglers were fishless, disbelieving, with some airing suspicions of foul play.

Reinvigorated and information gleaned over lunch, once again the boats took to the water. It should be said that the outboard engines were handled with more assurance than had been witnessed earlier that morning. Could the same be said for the fishing?

The afternoon saw fishing effort concentrated in the apparent ‘hot spots’, with some boats jostling for position. A few more rods seemed to have a bend in them that had been witnessed in the morning.

Returning to the jetty at 4.30 sharp, it was the time of reckoning.  All boats had caught fish (bar one pair, who will remain nameless), with varying degrees of success.

The standout winners were, again, Dave Hudson and Dorian Wilmore who weighed in their eight trout limit for 18lb 13oz, and returned a further ten (each counting for 2lb in weight) resulting in a total weight of 38lb 13oz.  Another pair, who have asked to remain anonymous (to avoid the press attention), landed eight, with one returned, for a weight of 18lb 8oz.  The next placing place went to Messrs Gibbs and Parker who landed three fish for 7lb 1oz.

The largest fish was caught by one of the more enthusiastic anglers on the day, a Mr A Sneddon (pictured), landing a tremendous 4¾lb brown trout. Despite it being a breach of the fishery rules to kill a brown trout, Mr Sneddon apparently let his enthusiasm get the better of him. Once his misdemeanor was apparent, a kiss of life was felt to be futile.

Whilst the amount raised for the charities is to be confirmed, 34 fish were landed in all, that together with the entry fees will have raised a sum in the region of c.£460, to be split equally between the two charities.

We would like to thank all those who took part, and look forward to seeing some of you next year God willing.