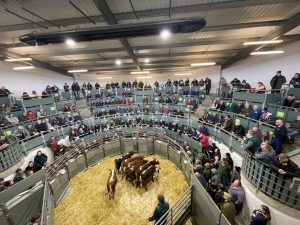 Very busy this week with 818 Cattle and 1,432 Sheep which obviously included some that failed to arrive last Monday because of the floods.

A bumpers entry of 515 Store & Breeding Cattle saw prices up yet another notch.

We have said in recent weeks that Bakewell buyers would like to bid for your cattle and they have certainly done so.

Finished Cattle numbers were also substantially up with 147 in total. 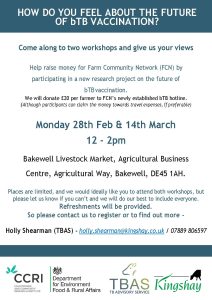 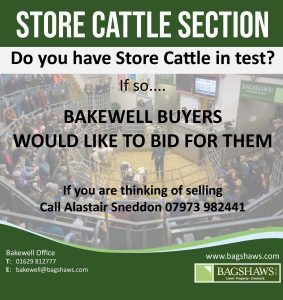 Proper numbers again after last weeks rain and a remarkable trade throughout once again, equally as dear as last week.  Younger OTM Heifers sold over 200p today with 8 at that figure with the best cow at 208p for James Blackshaw being a 5-year-old Limousin x.  Plenty more could have been sold.

A bumper show and trade very much on a par with last week.

Some super sorts today with a trio over 270p from Nigel Birch, Mike Hadfield and Peter Gaunt.  Hereford to 234p/kg, Angus to 246 and Lincoln to 229p.

Big numbers and trade with Steven Wells winning the day at 286p for a Limousin with a new man to Bakewell JW Dawes & Son, Sheffield selling Blue x Dairy Heifers to 277p and Peter Gaunt at 276p.  Angus to 232p, Hereford to 210p and Lincoln to 208p.

Numbers well up this week with a total of 515 on offer.

Buyers out in force with some new faces operating and a tremendous trade from first to last.

The sale commenced with a few Breeding Cattle which included:

Then followed some 56 Feeding Bulls which included:

A good selection with plenty of level bunches which certainly attracted a premium and helped the progress of the sale.

All categories wanted, but especially the short finish sorts towards the end of the sale where prices in the £1400’s became a regular occurrence and the top figure of £1660 was seen.

Angus and Hereford still proving popular and some wonderful results for the Black & Whites.

The much reduced average was due to the large number of stirks in the entry which sold very well, but clearly had an effect on the average.

There was plenty of demand for all types with Angus and Hereford selling exceptionally well, but the short finish Continentals taking the top honours.

Numbers short of requirements with a strong trade for all types.

Very few Black & White forward but those that were in were rewarded with a good trade to a top of £230.