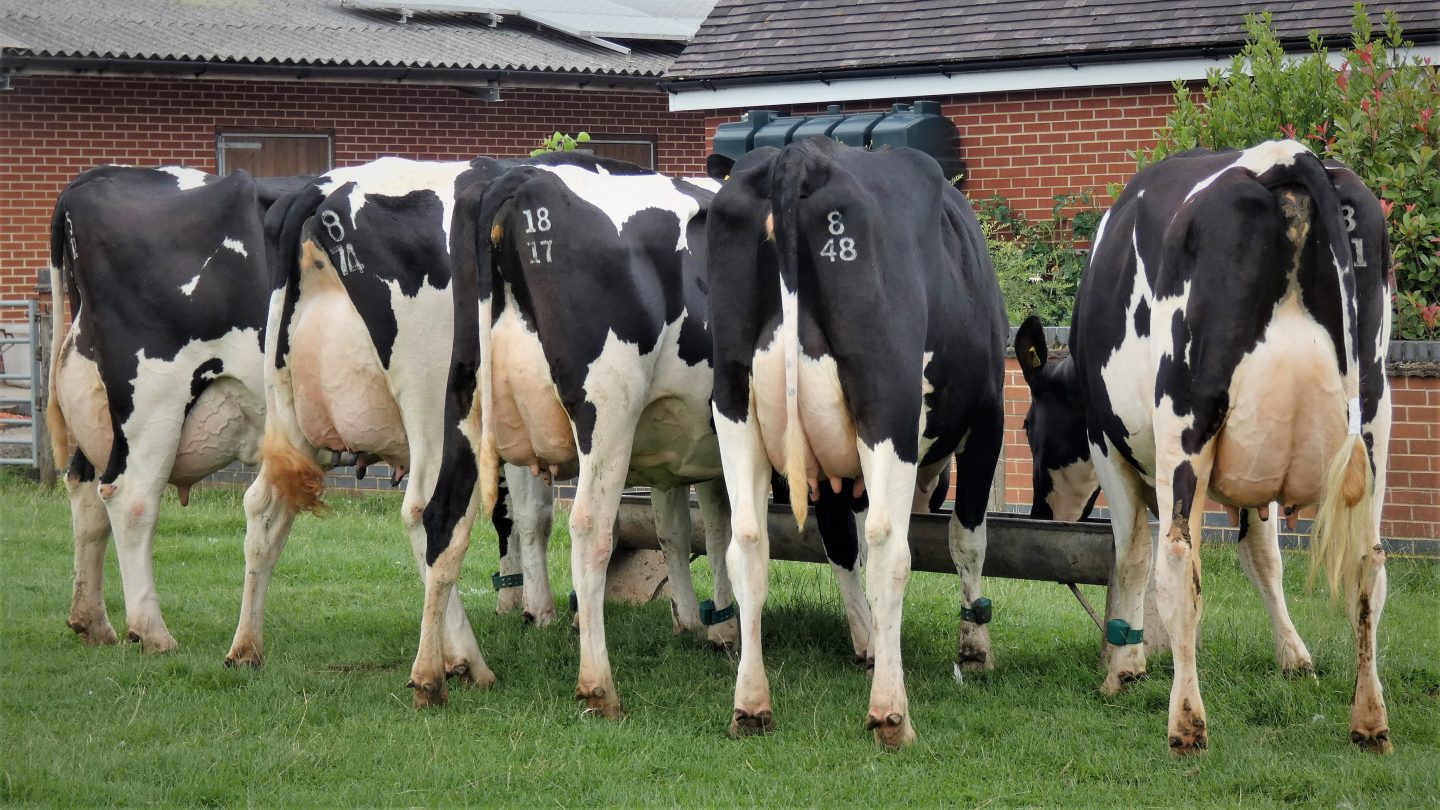 A large crowd gathered in Derbyshire for the dispersal of the long established Royan Herd on behalf of the Dutton family.

Established over 45 years ago the sale marked the retirement of brothers Roy and Andrew, Andrew being a popular figure within in Holstein circles having served for both his local club and Holstein UK.

Royan Josepha 82 VG86(3yr) stole the day at 2520gns. By Monument Impression, she had calved with her second in July and was sold giving over 41kg having given 10322kg as a heifer. She was purchased by Mycock Agri of Flagg, Buxton.

Hot in pursuit at 2400gns was Royan Molly 208 EX90(6yr). By Bertailola Mincio, she was August calved with her third and giving 42kg. She too went to Messrs Mycock.

Much interest was shown for the In-calf heifer Royan Smokin Marie. By Misty Springs Smokin, she heralded from the much thought of Marie family from Denmire, her dam being Denmire Gibson Marie 22 EX94-2. Due in December and after some spirited bidding she eventually joined the Chasmar Herd of Messrs Cotton.

Youngstock peaked at 910gns with young calves to 580gns.