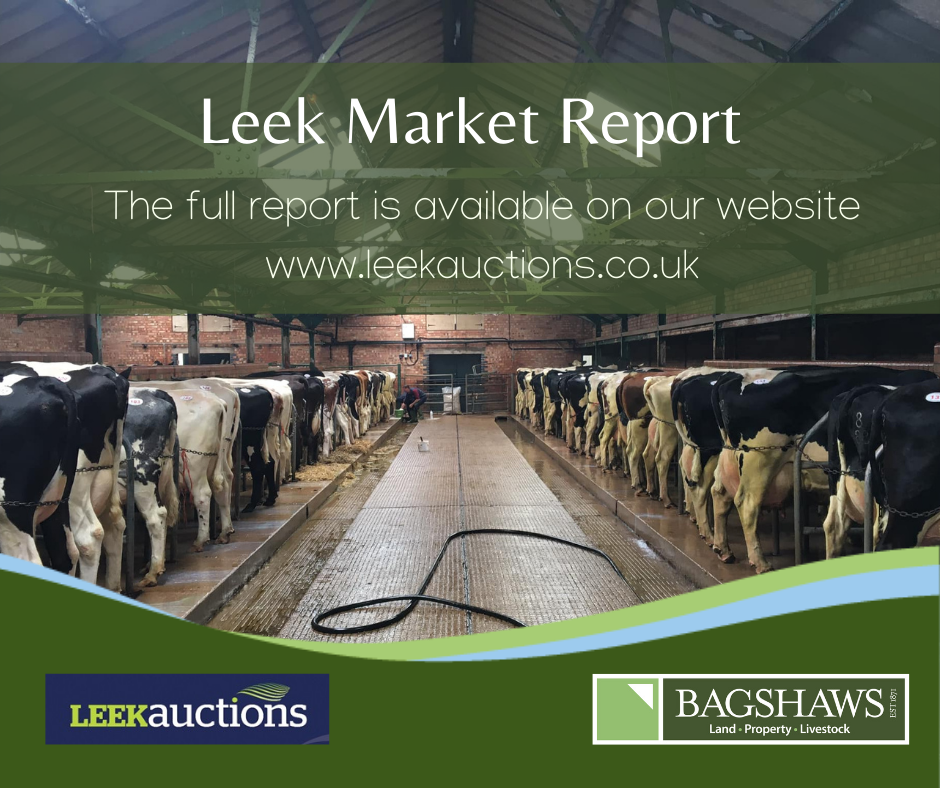 A very large crowd gathered for the Dispersal of the Shieldhouse Herd of Holsteins and A-Shieldhouse Herd of Ayrshires on behalf of the Weston Family of Roston, Ashbourne. They were no doubt drawn by the real quality on offer which saw a top price of £3000 and the entire herd average a superb £1831.

Topping the day was a fresh second calver by De Vlottenburg Fantasy. She had given 9711kg in her heifer lactation. Sold giving 45kg she went to the Minshall family of Tean.

Hot in pursuit at £2800 was a February calved third calver by Nafta. Due in again in January to Dynamite she was giving a massive 52kg and went to John Bayley of Nuneaton. Another second calver by Fantasy calved in February reached £2560 to a Stafford purchaser.

Ayrshires topped at £2360 for a milking heifer due again in November to Ryland Red to Messrs Sales of Leek.

In total 29 passed the £2000 barrier to average out an exceptional £1831 which included some with faults.

The commercial section saw a mixed quality forward which sold to a very strong trade topping at £2400 for second calver from Phillip Brocklehurst of Mobberley with heifers from John Stone of Onecote to £2100.

Overall the strong trade continues to hold if not improve. Please get in touch if you have stock to sell.