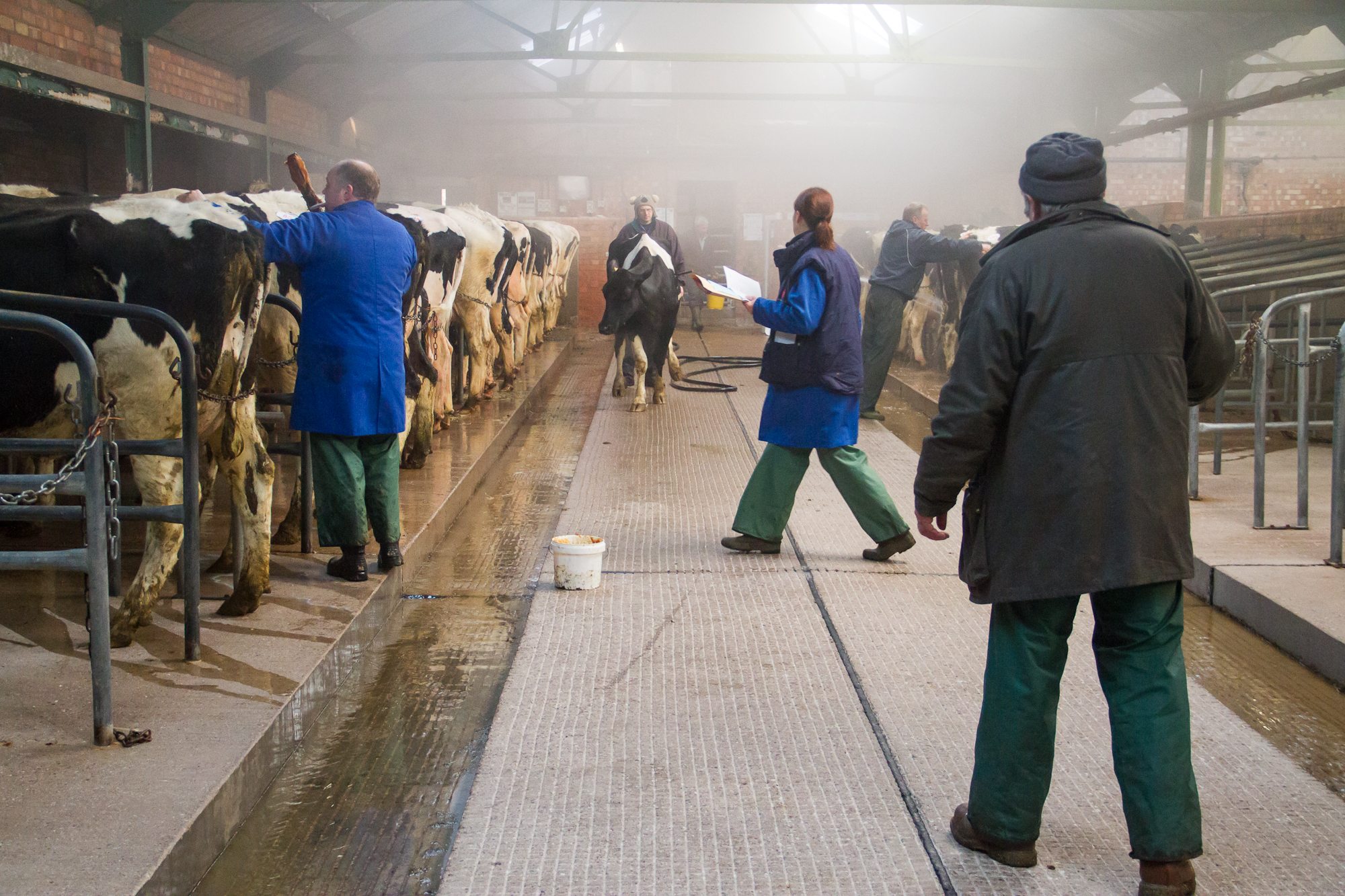 “Plenty of purchasers in attendance for the Herd sale on behalf of the Hill family of Allostock saw a March calved third calver due again in March top at £2090”.

A very busy market this Tuesday after last weeks heatwave affecting the market.

The Dairy shed saw heifers up to £2400 and the dispersal on behalf of the Hill Family, Allostock sold up to £2090.

Pig numbers back to normal and an excellent trad throughout seeing prices up to 180p/kg for both cutters and bacon pigs.

A bumper entry of calves with 210 forward, and trade strong throughout seeing best bulls to £410 for a Charolais and heifers to £360.

A good entry this Tuesday and trade a little less on the week seeing the best to 190p/kg for a 690kg Limousin cow from J T Needham, Bradnop, with Beef Shorthorns to 179p/kg for a 665kg cow from MJ, C & PM Reeves, Ipstones.

Trade for milkers was a tad easier on Tuesday however the best still reached £2400.

Topping the day was a 31kg heifer from the Needhams of Rushton Spencer at £2400 who also had a second to £2100. Michael Wainwright of Buxton saw his heifer reach £2260.

Plenty of purchasers in attendance for the Herd sale on behalf of the Hill family of Allostock saw a March calved third calver due again in March top at £2090.

One sow today sold very well at 85p/kg for a 293kg sow from Bernard Minshull.

More numbers forward nationally following last weeks extreme weather and also the Royal Welsh Show. This is coupled with sluggish demand from consumers and some trouble getting export lambs over the water.

These have coupled to produce a drop in trade of 60p/kg in 7 days; not only in Leek but in virtually every other market on the same day. Whether that is a short term blip or a new longer term price level will become clear over the coming weeks. Overall average this week at 228p/kg ot £94.80 (£25 less on the week). It much also be noted however the quality of lambs generally was notably less.

Not withstanding the above, we did have a competitive trade throughout albeit at a lower price. 9 bidders representing 15 buying accounts ensured competitive bidding on every pen. Best sorts to 260p/kg or £114/head.

Pleasing to see more numbers with the average below £100 for the first time in a long time but this was mostly due to the lack of very best Texel’s and more leaner hill ewes in the entry. Best on offer to £172 for ewes and £152 for rams.

A bumper entry of calves and that certainly drew the buyers out in force and a solid trade for all.

The biggest entry in a long time and some very smart calves that had benefitted from an extra week or two at home. 14 best topped £330 with a smart Charolais at £410 for Malcolm Kidd. Mediums £230 – £300 with a few smaller bulls under £200.

As good to sell as ever, particularly the Angus’s.

Followed by Sale of Goats